“Sheena Is a Punk Rocker” by Robert Archambeau 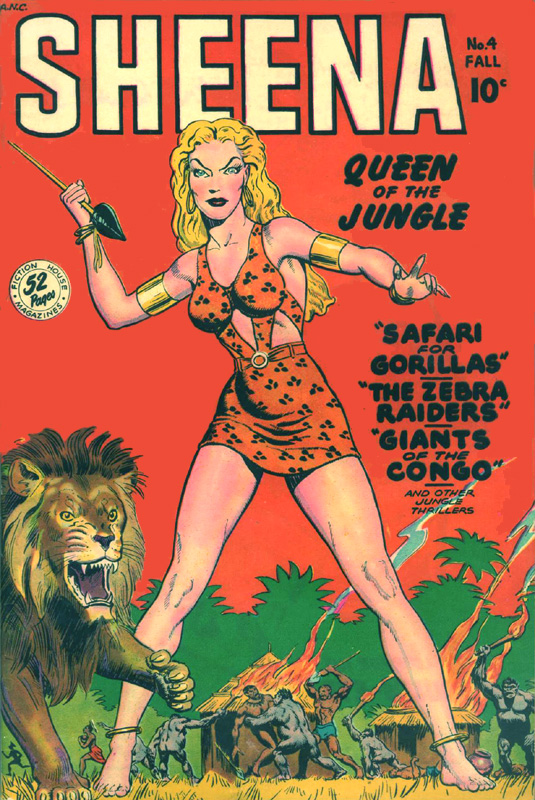 She, Sheena of the Jungle, the pulp-paged comics’ great white queen,
she, Sheena, born in slumped-out England, born

Born first in the blur of Eisner’s novel-reading dreaming—
she, Sheena, born first in Rider Haggard’s one-hand-novel She.

Sheena born in the blur of the movie-goer’s dreaming
when Jeffrey Hyman (he’d drop Jeff, and go by Joey,

he’d drop Hyman, and then go by Ramone) caught her
in a seedy New York retro matinee:

born the butcher’s daughter (fifth of eight), she couldn’t stay
in dull Pawnee, hopped it from her butcher father,

pose for Vargas, pose it well and beach-front, pose it well, and not for free.
“I couldn’t act,” says Sheena, “but I could swing from trees.”

four-chord chart-this scheme. Teens drive it up to 81,
in England make that 23. The hopped-up numbers scream