“Too Much Time on My Hands”: Ryan Adams Covers Iron Maiden’s “Wasted Years” 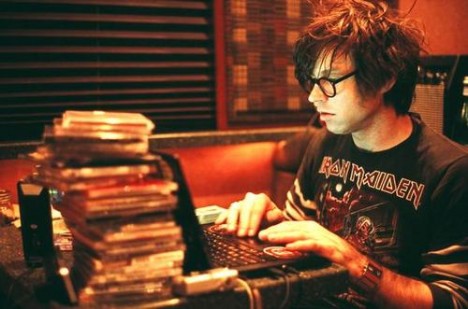 I’ve always felt that a test of a good rock song is its ability to stand up in a simplified performance, typically with a piano or acoustic guitar reduction of what was originally scored (if you will) for a full band, usually using electric instruments and effects. This was never more evident than during the years MTV broadcast their Unplugged series. Poison’s “Talk Dirty to Me” was a particular disappointment for that stripped-down medium. Others, such as Nirvana, scored significant successes in the same format, which speaks volumes for the power of good songwriting. Further, Kurt Cobain’s “Smells Like Teen Spirit” passes this test with Tori Amos’s magnificent adaptation for piano and female voice on her 1992 EP Crucify (not surprisingly, Led Zeppelin’s “Thank You” and the Rolling Stones’ “Angie” also hold up very well on the same release).

I was listening to Album Oriented, a podcast hosted by Erich Hertz and Daniel Nester (I cannot recommend this podcast energetically enough), and they mentioned (in an aside while discussing Elliott Smith’s X/O) that Ryan Adams had been surprising fans with unlikely covers by bands such as Ratt, Danzig, Alice in Chains, and Iron Maiden. This piqued by curiosity, and so I sought these recordings out. Below is the footage of Adams performing his arrangement for guitar of Iron Maiden’s classic “Wasted Years,” an unusually poppy and reflective song from the 1986 album Somewhere in Time. The song departs significantly from Iron Maiden’s usual progressive metal style, which involves thundering beats, elaborate instrumentation, and literary or historical subject matter. Most of Maiden’s songs in this vein were written by bass player Steve Harris or lead singer Bruce Dickinson. “Wasted Years,” however, was the first song written entirely by guitarist Adrian Smith, who brings a more straightforward rock sensibility to the song. Ryan Adams delivers a bravura rendition of this metal classic. Enjoy!

0
"Excerpt from 'The Rise of the COVFEFE'" by James Feichthaler