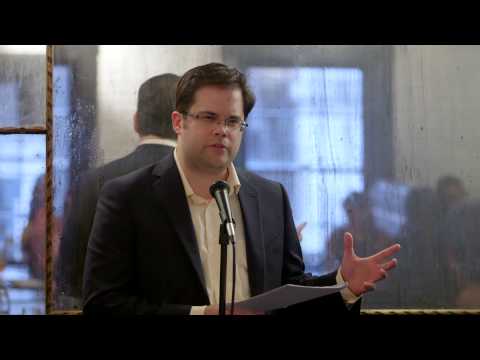 If he had been a better shot
it would have died there in my yard.
Long after, all I heard was ringing.

Our neighbor found it a quarter mile
out in the woods, and where else
but under a blooming dogwood tree.

They say the cross was carved from dogwood.
They say that after Christ was killed
blood dripped and stained the soft white flower.

Phil’s wife had left him, took his son.
He’d missed a month of child support.
But that ain’t why. There ain’t no why.

He up and grabbed his 12 gauge, propped
the barrel on the porch rail, squinted,
squeezed the trigger, just like that,

with everyone we know inside,
our friends—deacons, some of them—
all waiting for meat, hearing the blast,

and there I was, gripping the spatula,
our burgers burning on the grill.
All I could think was What in Hell.

Right then I knew I’d hear that squeal,
that my ears would ring until I died,
but somehow I would have to love,

to go on loving Phil, my own blood,
my drunk and stupid, ugly-hearted,
dog-murdering and only brother.

There wasn’t any call for it,
but there it was. You can’t pretend
it hadn’t happened when you’d seen it.

Forgiveness is a lie we tell.
Sometimes there ain’t no other way
to live, but live by lies we tell.

After what he’d done, what to do?
The men, we just stood around and spit.
The women tore him up like panthers. Kevin Cutrer was born in the American South, has lived in South America, and now resides in the southernmost neighborhood of Boston. His first poetry collection, Lord’s Own Anointed, was published in 2015 by Dos Madres Press. His run-ins with higher education have occurred at Southeastern Louisiana University and Emerson College. The Hudson Review, The Dark Horse, The Raintown Review, and many other journals have published his poems, and he has been a featured reader for the reading series Mr. Hip Presents, U35, and Carmine Street Metrics. He shares news about his work, and work that interests him, at kevincutrer.com