“One Day is there of the Series” by Emily Dickinson 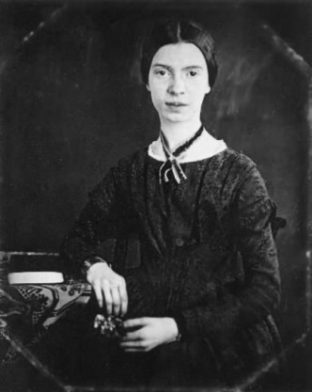 One Day is there of the Series
Termed Thanksgiving Day—
Celebrated part at Table
Part, in Memory—

Neither Patriarch nor Pussy
I dissect the Play—
Seems it to my Hooded thinking,
Reflex Holiday—

Not a mention, whose small Pebble
Wrinkled any Sea,
Unto Such, were such Assembly,
‘Twere Thanksgiving Day.

Emily Dickinson, one of the greatest and most distinctive American poets, was born in Amherst, Massachusetts and spent most of her life living there in isolation in her family home. Though she wrote almost two thousand poems, very few of them were published during her lifetime. Her first collection of poetry, heavily edited by her acquaintances Thomas Wentworth Higginson and Mabel Loomis Todd, was published in 1890, a few years after her death. A complete and mostly unedited collection of her poetry was not available until 1955 when the scholar Thomas H. Johnson published The Poems of Emily Dickinson.

0
"Definition of 'Fool'" by Marly Youmans

"Sentenced to Life" by Clive James