“On the Flood Plain” by Edward Clarke 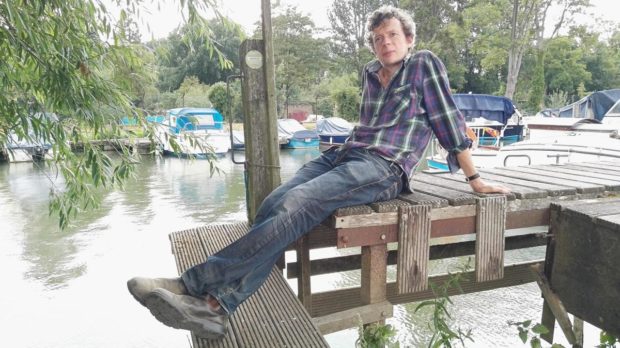 Those things you fear, they have already happened,
Inside my contemplative soul,
Which left its bed, and came downstairs, to calm
Something I thought I must console:
The loud abandoned
Sounds of a woken Psalm.
But I was wrong: the cries of this song’s voice
Are making a joyful noise.

Later a tall and white-haired neighbour knocked
Upon the door to that last stanza
To ask about my use of the word soul.
How could I know I’d have an answer
As I unlocked
The door to him, the whole
Structure quaking as I dared to put
On its threshold’s wood his foot.

Let the roaring sea, which is this world,
Tumble, and all who sit inside
Its vast and half-transparent walls shall stand
And sing of that withdrawing tide:
The things it hurled
Behind it on the strand,
Archaic words that still deceive the eye
With their reality.

Edward Clarke is a poet and author of two books of criticism: The Vagabond Spirit of Poetry, and The Later Affluence of W.B. Yeats and Wallace Stevens. He is an editor of the web-zine Cassandra Voices.

0
"A Flock Made Flesh" by Daniel Klawitter

"Song: To Celia" by Ben Jonson