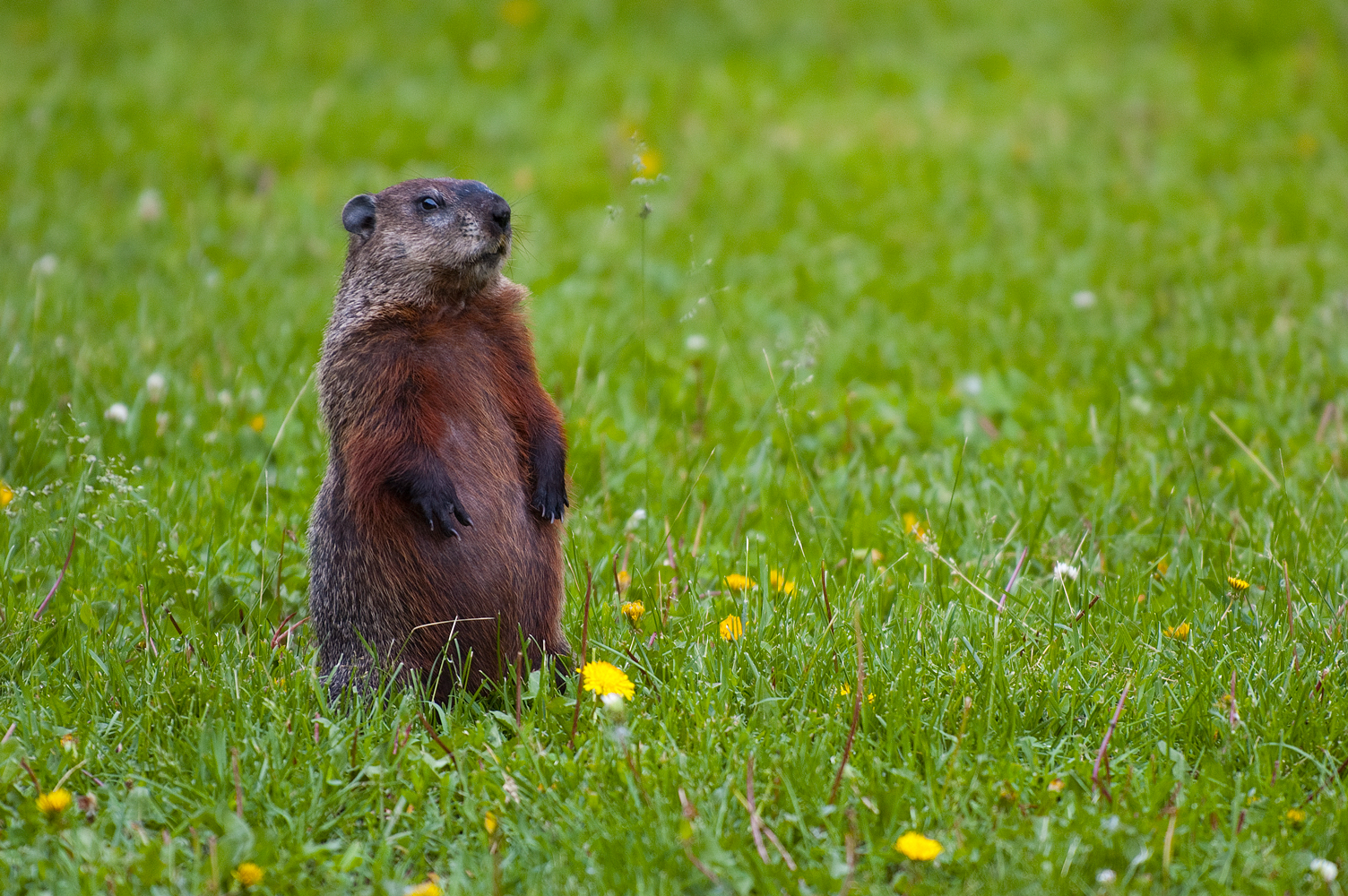 Whenever friends visit from far away—
San Francisco or Jamaica—
what amazes them about my state
more than the long couch of the shore
looking at the constant television of the ocean
or the cloverleaf exit ramps swirling out
like ribbons about to be tightened
on the gift of traffic congestion—
what amazes them are the groundhogs—
“What a noble creature,” George said.
“Holy crow, mon, a land seal,” said Billson.
And there it is—a stubby, little, near-sighted Buddha
looking up from the county road’s bank
as we stop the car, reverse back into it.
If we were all in a bar in Bayonne,
its look would say, “I’m gonna kick your ass.”
In a library, it would say, “Why are you
disturbing me? I’m reading Kierkegaard.”
But this is the weedy hips of the thoroughfare,
and our friend is mid-sentence in the grass’s long summer novel,
navigating its own cloverleaves. It considers us
in our ridiculous car, and then something amazing—
it stands up on its hind legs—and I realize
the Jersey water has helped it evolve
into something more human.
This is New Jersey.
We’re crawling on four wheels backwards,
looking at its pinched face,
the shimmering flanks, the dehydrated hands—
the short, imperfect loveliness of groundhog.