“Kissinger at the Louvre (Three Drafts)” by Daisy Fried 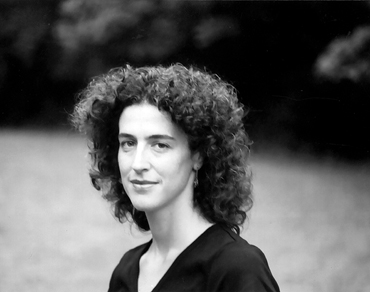 Kissinger in black-tie shuffles to the town car
idling at the museum complex edge
between where the glum Pei pyramid rises
and the gardens begin. “Is that—” I say,
and “Yes,” says Jim, baby in his arms,
me shoving the empty stroller to get home
by naptime. Nobody notices, clicking
at each other through camera phones, Kissinger
looking matchlessly neat, clean, ugly and
dressed by servants. His driver’s at the door,
arms stretched wide as in a fish-this-big tall tale
in welcome. The ear-wired bodyguard,
hand on Kissinger’s gray-fur head so it won’t
scrape the door-frame, bends him into the car.

If I were a different kind of poet, I’d put
Kissinger in front of The Raft of the Medusa
blinking at the father weeping for his son
lying dead over his lap as the sails
of the ship that will rescue them are
sighted on the horizon and the top man
in the spout of survivors waves his ragged
undershirt. Or I’d put him gazing reflectively
at The Death of Sardanapalus, a Potentate
presiding amid an exorbitance of fabrics
over his imminent suicide by fire,
slaves bringing in, in order of importance,
horses, gems, plate and favored concubines
for slaughter. I’m not that kind of poet.

Kissinger totters befuddled by culpability,
luncheon champagne and dotage. The car
eats him. I won’t pretend the bodyguard’s
Vietnamese or Cambodian, though that’s
the obvious truth-in-lies move—he’s French,
that ratface-handsome, smoked-out look—
and doesn’t care merde for history. He makes
the old man bow, same move with which
the beat cop, our public servant, submits
the petty criminal to the patrol car,
same move the anguished teenager got—
half-protective, half-corrective or coercive,
half-kind—after the arraignment for leaving
her newborn to die in a rest stop dumpster.

Anybody can understand the girl, and even
the purse-snatcher. Bodyguard bends Kissinger
gently in, portly little Kissinger, gloves his head—
anything hurt will be the hand of the servant.
Ecru upholstery with oxblood accents, minibar
something like a safe, CNN muted to newscrawl
and the anchor’s frozen-flesh face. The latest assistant,
gender irrelevant, busy with a BlackBerry across from him,
root beer-colored eyes and preternaturally neat hair
of La belle ferronière, keeps the lap desk, emergency
Magic Wand Stain Remover Stick, eyebrow brush
and dossier of Opinions in what looks like
“the football”—the nuclear war plan suitcase
Presidential aides carry at all times—but isn’t.

The one camera flash as he got in
gave Kissinger a headache. As they start
for his Avenue du President Wilson hotel,
the Rue de Rivoli sliding by in a haze,
he falls uncomfortably asleep to the anodyne
glow and murmur (“tournez à gauche”) of the driver’s
GPS device. The relieved assistant
opens an Imagist anthology. In Osaka, Oslo or Wasilla,
Alaska some weeks later, a woman at her kitchen table
uploads Paris vacation photos to her laptop.
“Who’s that behind me?” A dark figure. “He looks familiar.”
“How should I know,” says her husband.
“I’m trying to get Baby to eat more potato.”
“Oh well. I look fat in it,” she says. And deletes.