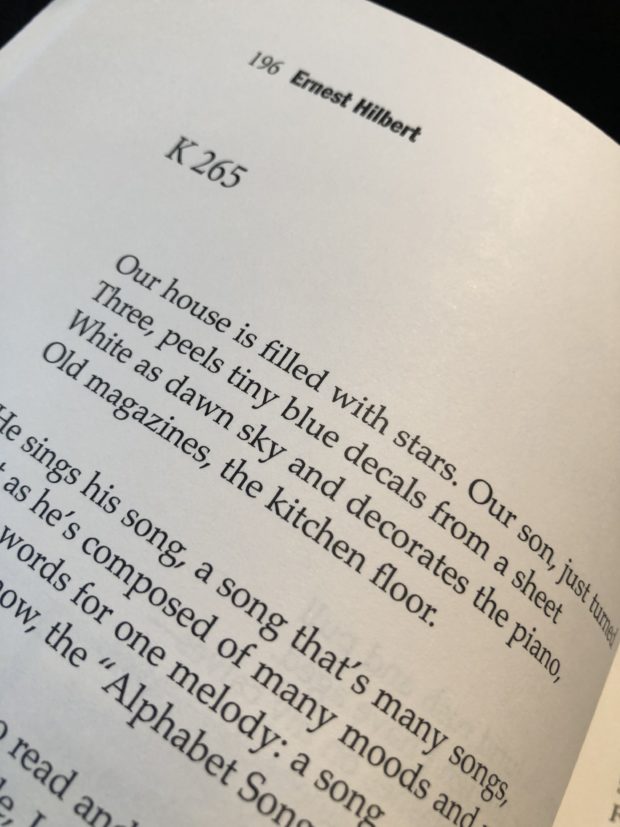 Our house is filled with stars. Our son, just turned
Three, peels tiny blue decals from a sheet
Of constellations and decorates the piano,
Literary magazines, the kitchen floor.

He sings his song, a song that’s many songs,
Just as he’s composed of many moods and minds,
Many words for one melody: a song
We all know, the “Alphabet Song,” and so

We’re taught to read and speak, though it’s also
“Twinkle, Twinkle, Little Star,” so we learn
To be at home with forces vastly far away,
“Ah vous dirai-je, Maman”—how briefly

We’re young—and Mozart’s variations
Came true, and “Baa Baa Black Sheep,” all one song.
My son can form from it his own song too
As when he sings himself to sleep each night.

The city’s fogged into a frozen nebula,
Each streetlight a remote sun muffled by mist.
Alpha Centauri, our nearest star,
Is so far that to think about it hurts,

And we’re here, singing in the very heart
Of a heavy star, alone together with music
To warm us, the stars we’re born with
Burning until they’ve used themselves up.