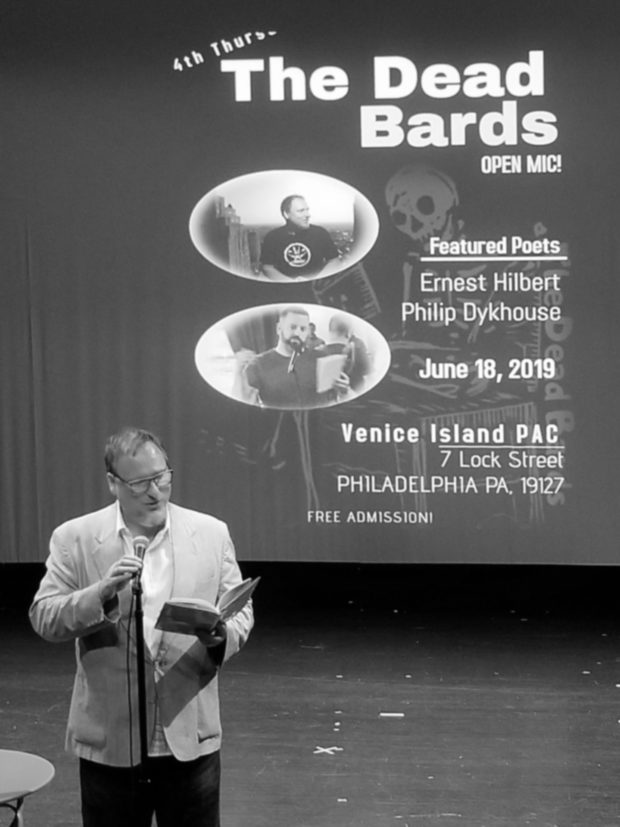 Dead Bards series host James Feichthaler recorded this video of me reading “My Father’s Dante,” from Last One Out, at the Venice Island Performing Arts Center on June 18th, 2019. “My Father’s Dante” was selected as a Laureates’ Choice for the 2016 Maria W. Faust Sonnet Contest. It first appeared in Sewanee Review, Winter 2015, Volume CXXIV, Number 1. Enjoy!

“My Father’s Dante“ by Ernest Hilbert

You were gone twenty years before I read
The book that draws me faster on to you.
The world you left got worse, and crowded too,
Charon capsized by cargoes of new dead.
I’m midway gone, in a grim winter mood,
Pinned by all I did, instead of what I could.
Among the lessons I failed till now to learn
Is that, however handsome or witty,
We should expect to receive no pity.
We hurt as much from what we half-forget
As from the things we carefully conserve.
You say: There is so much more to observe.
We will descend, and see, and not regret
That we fall, we shiver—we shine and burn.