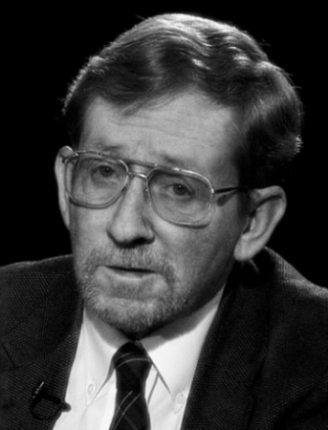 In age we range between our teens and eighties.
Two boys who served last summer on the camp staff
sit to eat lunch surrounded by their elders,
ignoring us, eyes only for each other,
so rapt in limerence they make me joyous.
How do I know? Call it an old scout’s gaydar.

When love matched us, we were some three years older.
Our partnership endured almost four decades
despite two struggles, alcohol and cancer.
Now all bow heads to say grace with our chaplain.
I don’t pray for the Boy Scouts or our nation
but happiness like ours for two young Eagles.

Limerence: word coined by Dorothy Tennov,
“romantic love which verges on obsession.”
It is no mere teenage infatuation,
no, limerence outlives its adolescence,
then stares on tempests and is never shaken
and sweeps lovers away into their eighties.
When it attacks, how fortunate its victims.

Born in 1951, Timothy Murphy grew up in the Red River Valley of the North. He studied at Yale University under Robert Penn Warren, graduating (B.A.) as Scholar of the House in Poetry in 1972. Afterwards, he farmed and hunted in the Dakotas until his death from cancer in June, 2018. His previous collections of poetry are The Deed of Gift, Story Line Press, 1998; Very Far North, Waywiser Press, 2002; Mortal Stakes | Faint Thunder, The Dakota Institute, 2011; Hunter’s Log, The Dakota Institute, 2011; and Devotions, North Dakota State University Press, 2017. His memoir in verse and prose, Set the Ploughshare Deep, was published by Ohio University Press in 2002. With his late partner, Alan Sullivan, he translated the Beowulf, which AB Longman published in 2004.

"in the inner city" by Lucille Clifton