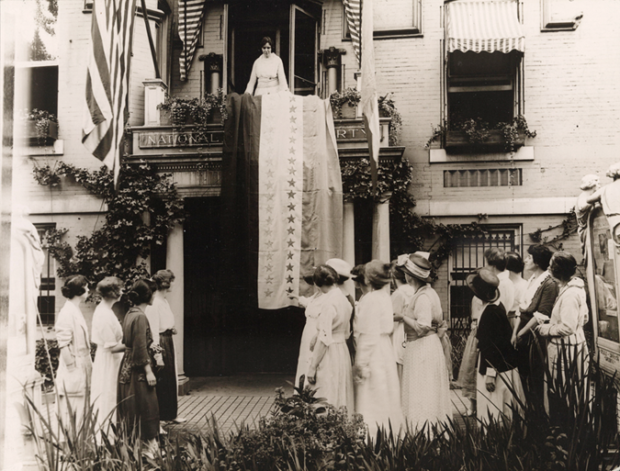 E-Verse contributor Cynthia Barbedette has been pretty busy lately with her own engaging site, Suffragette City 100, “a non-partisan multimedia historic timeline countdown to election 2020. Its focus is celebrating the 100th Anniversary of the 19th Amendment by retelling the epic saga of the 144 year fight for the women’s right to vote from 1776 to 1920, and its intertwining with the abolitionist movement as well as advancing the causes of civil, labor, and human rights.” When I first asked her about the site, she said “Did you know that from 1776-1807 women in New Jersey had the right to vote, or that Sojourner Truth was from upstate NY and had a Dutch accent?” No, I did not, and I’m eager to learn more.

Next week is the 99th anniversary of the 19th amendment being officially added to the Constitution (that’s why August 26th is International Women’s Day). We’ve got another year to go to the 100th anniversary of the amendment, so keep an eye on the site as it continues to grow. The image above shows Alice Paul unfurling the suffragette victory flag yesterday, 99 years ago. Below she toasts victory with a glass of an obviously non-alcoholic beverage, due to Prohibition.

You can visit the suffragette timeline here.

Also, visit the Suffragette City 100 playlist on YouTube, all women artists all genres, 90 songs total by the time she’s done. You can also follow the Instagram feed, “radically espousing equality,”

You can also visit the Suffragette City 100 Collection on Zazzle for shirts, pins, mugs, and more.