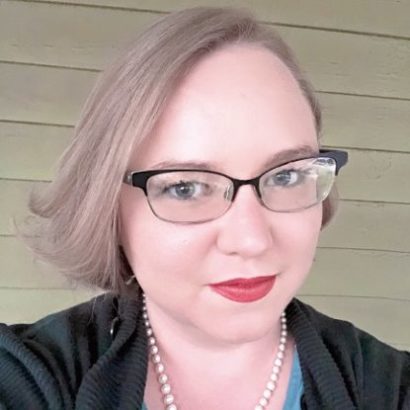 Encased in glass beside a clean white wall,
he stands—and watches grazing tourists pass
with vacant roaming eyes. They rarely pause—
shuffling toward more exhibits down the hall.

Crushed in the tomb, but lifted out with wax.
Our scholars grasped for meaning in his glory.
Named Ram in the Thicket, after a Bible story.
He speaks—but only answers what you ask.

Cloud the glass around him with your breath.
His was the earliest man-made world to end
and leave a language. Study what it meant—
Learn how to hear the human heart of death. Ashley Anna McHugh won the 2010 New Criterion Poetry Prize with her debut poetry collection, Into These Knots. She was the 2009 winner of the Morton Marr Poetry Prize, and her poems have appeared in PN Review, 32 Poems, The Journal, Nimrod, and The Hopkins Review, among other publications.

Swear Town on Beer Lake, Bloat Island in Rum Lake, the Town of Lick Spiggot on the Shores of Whiskey Lake . . .