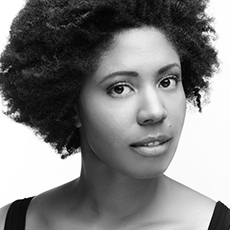 Find Kirsten, your old American Girl.
Bind her with butcher’s twine. Say it’s
her fault that all black dolls were ugly.
You wished your hair would fall like that.
Then put her in the trunk and sit
on it. Smoke swishers. Stomp them out.

Swing by the Metro Mart to get
some Chester Fried Chicken and ask
the guy, Yo, where the 40s at?
so he can tell you how the law
won’t give you more than 36
and you can say, Well, fuck the man.

Today you’re feeling petulant
and someone catcalled you with Girl,
you got some fat steak when your ass
is grown, and he was black and that’s
as bad as when the white guy thought
it fine to say he likes it native.

Feel sated. Keep it hood and ride
dirty. Say, Officer, I’m sorry
but I’m just going to have to play
it louder now. Go on and claim
your stake. If you want harder, you
should have to ask for it by name.

This poem first appeared in The Hopkins Review and can be found in Erica Dawson’s new book, When Rap Spoke Straight to God, published by Tin House Books this month. Buy it now at Barnes & Noble.

“Once again, Erica Dawson has expanded the possibilities of what we think poetry can do…with a lyric intensity that I dare say can only be achieved by a poet fully aware of her place in time and its potential.” – Jericho Brown, author of The New Testament

“In language both elevated and slangy, saucy and tender, Dawson lovingly weaves the reader around her finger.” – Jennifer Egan, author of Pulitzer Prize-winning A Visit from the Good Squad

“Erica Dawson is a poet of verve and nuance, of high learning and pop culture, of a classical music she seems to have invented herself.” – Mary Jo Salter, author of Nothing by Design

“Her dazzling wit informs poem after poem, making each seem like a stiff drink with a dash of bitters.” – X.J. Kennedy, author of In a Prominent Bar in Secaucus: New and Selected Poems, 1955-2007

“There is no one writing like Erica Dawson.” – The Hopkins Review

“Erica Dawson’s is a name to remember, and these are poems you won’t forget.” – Claire Messud, author of The Woman Upstairs