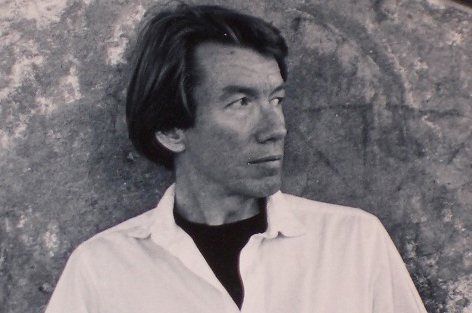 He belonged to the charming, hopeless breed
of obsessive scribblers whom nobody reads
(present company excepted). He said this to me
without bitterness: “There are too many of us; screeds
we’ve enough of—just precious few witnesses.

It’s my own fault—I admit it: I forgot
to ‘kill my darlings.’ Portentous words!
I should have aimed at my reader’s heart.
I aimed at my own. How perfectly absurd!

In youth I savaged with flaming love,
in middle age with unforgiving contempt.
The girls all fled, the public dove
under the nearest table at my every attempt.

One year politics like Trotsky drove me,
the next I was the snide aesthete,
then the ridiculous avant-garde loved me
(so I thought), then I rock-starred to defeat.

Experimental novelist, poète maudit,
Beat, then “language,” then ranter, free-verse
hipster, then rhymester, neo-anarchist, worse:
postmodern poststructuralist, French, continental,
with a talent uncommercial, not economical—
I was lost to the trends, till the trends lost me.

Today I met one of us, a tweaking poet.
He said, ‘You want to save yourself? Lose it.
I was blind, stuffed with rage and spite,
before, at the bottom of the sky, in the dregs,
I saw, at last, the end of the night.

Listen. I’ll tell you what I have learned.
There’s only one lesson you need to know.
We live to open each other’s lives
by baring to each other our own lives. So—

Christopher Bernard is author of the novels A Spy in the Ruins and Voyage to a Phantom City, the short-story collections Dangerous Stories for Boys and In the American Night, and two poetry collections: The Rose Shipwreck: Poems and Photographs and, most recently, Chien Lunatique. He is co-editor of Caveat Lector and a regular contributor to Synchronized Chaos, where his new novel, Amor i Kaos, is being serialized. Bernard writes fiction, poetry, essays, plays, and criticism. His poetry can be found online at The Bog of St. Philinte. He lives in San Francisco.

Ernest Hilbert Reviews Paperbacks from Hell for the Washington Post