“A Lasting Sickness” by James Davis May 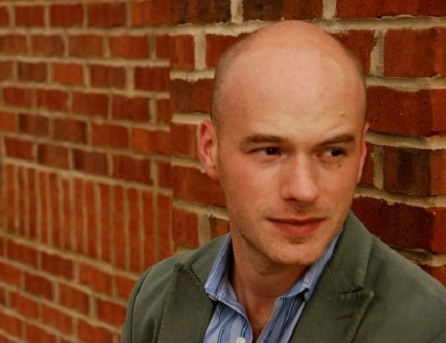 Five nights into fever, you lie in bed
as your parents, urgent, move about you
in the soft, almost birthday-candle-dim light.
If you’re in pain, you won’t remember,
though the fever’s so high
it’s likely you’ve reached that euphoric state
in which the dying or near-dying
see the oblong silhouettes of angels,
hear the shapeless voices of the dead.
Instead, you see your mother
watching you, along with a vigil
of good soldiers: the stuffed bears,
the purple rabbit, the papier-mâché parrot
perched on a painted hanger.
Your father plunges a washcloth
again into a mixing bowl of ice water,
brings it to your head, and you fall
back asleep to the sounds of your own
being cared for. If you were the boy
who remembers this well after
forgetting the cause, if it haunts you
like, say, unrepeatable pleasure
or a good dream you’ve never learned
to disbelieve, so that each sickness—
pneumonia at eighteen, shingles
at twenty-three—reminds you
of what others have done for you
and what others will do, their hands
working your clammy wrists and brow,
kneading the minty balm again and again
into your chest, if you began to believe,
as the boy did, that the world
not only acknowledges your suffering,
but turns to soothe it—what choice
would you have but to love that world
you so appallingly don’t understand?

James Davis May is the author of Unquiet Things, which was published by Louisiana State University Press in 2016 and named runner-up for the Georgia Author of the Year Award in poetry and the 2018 Poets’ Prize. His poems have appeared in Five Points, Guernica, The Missouri Review, New England Review, The New Republic, The Southern Review, and elsewhere. He has received scholarships and fellowships from The Sewanee Writers’ Conference, Inprint, and the Krakow Poetry Seminar. In 2016, his poem “Ed Smith” won the Poetry Society of America’s Cecil Hemley Award. He is an assistant professor of English and creative writing at Young Harris College.

0
"Plugging Up the Holes" by Nomi Stone