“A Butt” by Adam Crothers 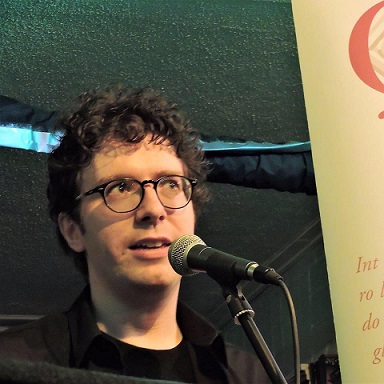 In interviews, seven women and more than a dozen associates described a pattern of manipulative behavior in which Adams dangled career opportunities while simultaneously pursuing female artists for sex. In some cases, they said, he would turn domineering and vengeful, jerking away his offers of support when spurned, and subjecting women to emotional and verbal abuse, and harassment in texts and on social media.

I am not a perfect man and I have made many mistakes.

One cigarette in the arsehole. Well I ask you; poorly you respond.
Fog parts in a grand reveal of additional fog. Sublime. Supine.

The tales have a throughline. Anybody’d think they were genuine lives,
the way they carry on. I am not able to bear all this people. One sacrifice in the archives,

but pity’s pinned into priority; happily in the sonnet in the œuvre that sits
to one side of time it’s always the right time to think of how one’s life abuts

the music brewed for solitude and guiding hands and lack and tedious self-doubt.
No time to suspect I’m far from what this song this poem this shit’s about.

One cicatrix in the aspen. One cockatrice in the afterthought. The afterlife
is an afterimage no more obvious than the cement in the aftershave

that means your face will stay that way when the winter clatters into deeper
winter. One cataclysm in the annals. Petal-nailed thorn-wristed daybreak creeps near;

it’s not not dark yet, although some dark has faintly diminished. The joke stitched
to its object, you are in actuality a perfect man, insofar as you’re finished.

Adam Crothers was born in Belfast in 1984, and works in a library in Cambridge. His first collection of poems, Several Deer (Carcanet, 2016), won the 2017 Shine/Strong Poetry Award and the 2017 Seamus Heaney Centre Prize. He’s still on Twitter (@adamcrothers), just about; soon he’ll be elsewhere.