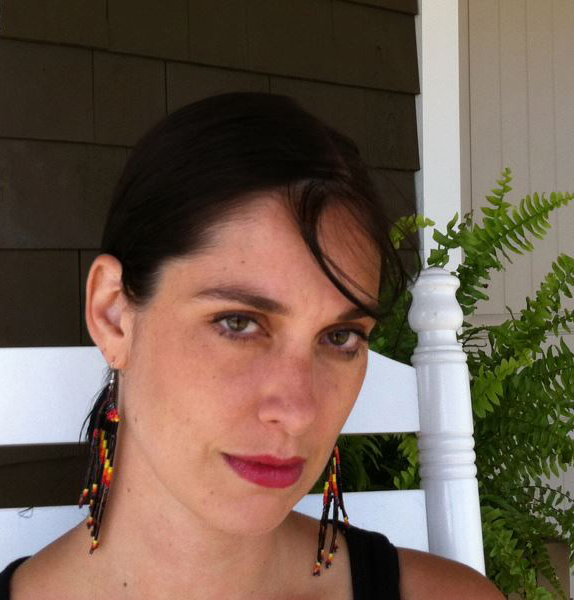 Corn is a typewriter. Seeds are for spitting off the porch when no one is looking.

Breakfast is cinnamon Pop-Tarts, but she only eats the corners.

At night, we sneak out to the island, tie the canoe to a dead tree, & search for fallen stars. When the mosquitoes find us, we hide under an afghan scented like cedar & watch the sky through the stitches.

Loons whoop & trill across the lake—a call & response so otherworldly it pulls up the hairs on our arms.

I dare her to swim out to Sunfish Rock. I show her how, if I dip my little finger in, the fish try to eat it. She scrambles up the algae-slick side, skinning a knee.

I tell her bloodsuckers can smell through the water.

She says she snuck a can of Bud in the shower.

Rainwater collects in my tire swing. I turn circles—kicking off the trunk, spinning, kicking again.

August is star season. We watch them arc & disappear.

When the lake up north turned to stone & the camp had to be sold, our parents blamed their luck on the willows. When the water pooled instead, all around our grandfather’s heart, they were certain it was a curse.

I sink my fingernails into the soft flesh under the birch bark, leaving crescent-shaped bruises all around the trunk.

Purple clovers have the sweetest nectar.

We chew pine needles until our breath smells like winter.

After the funeral, they cut down both trees. No one came in June to line the drawers with lavender & pull the lilies from the shallows. No one un-shuttered the windows or drove the mice from the cupboards. No one shook out the animals that gave birth in our bunks.

When I see her again we collect pebbles from a beach—ancient stones battered smooth by saltwater & time.

I find one with a stripe all the way around & make a wish.

She tells me she found a bay full of lights. How, when she swims there, her body splits them into new constellations.

They dive up from the sea.

Summer J. Hart is an interdisciplinary artist from Maine, living in the Hudson Valley, New York. Her written and visual narratives are influenced by folklore, superstition, divination, and forgotten territories reclaimed by nature. Her poetry appears in Northern New England Review, Volume 39 and Third Point Press, Volume 14. Her mixed-media installations have been featured in galleries including Pen + Brush, NYC, Gitana Rosa Gallery at Paterson Art Factory, Paterson, NJ, and LeMieux Galleries, New Orleans, LA. She is a member of the Listuguj Mi’gmaq First Nation. Visit her at www.summerjhart.com.